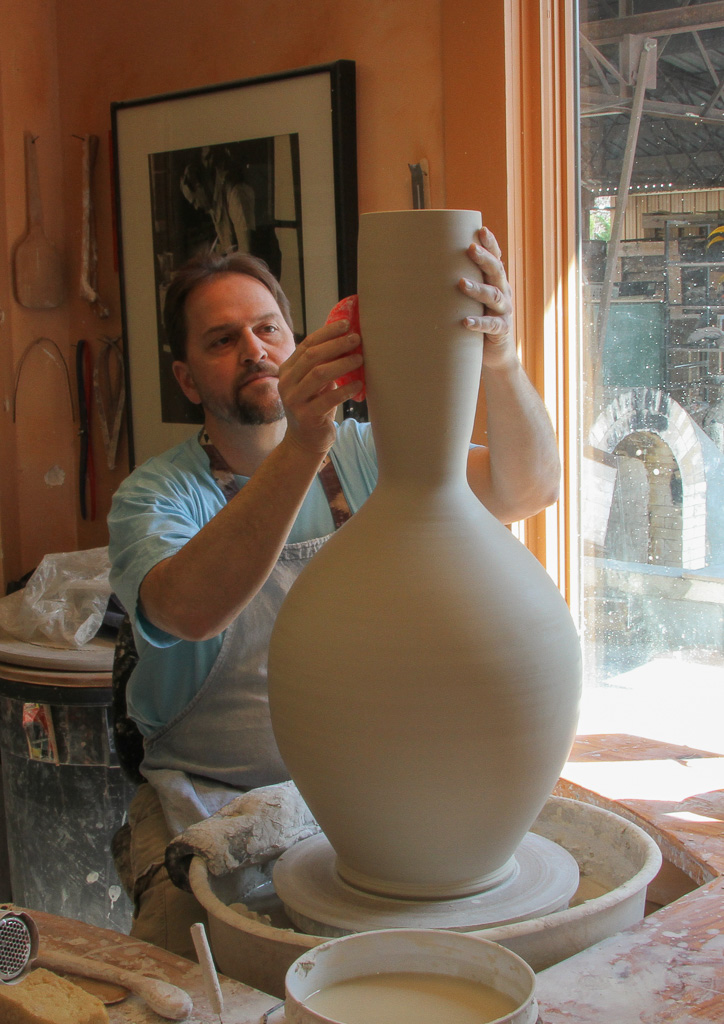 Ben Owen III forefathers came to NC from England as early as the late 1700s to ply their craft and furnish storage jars and other utilitarian wares to early settlers. Like his grandfather, Ben III’s pottery reflects a foundation in traditional designs, alongside Asian influences.
Ashley's Art Gallery is proud to be one of the few authorized purveyors of
Ben Owen III fine art pottery.